The bane of the Male Breast 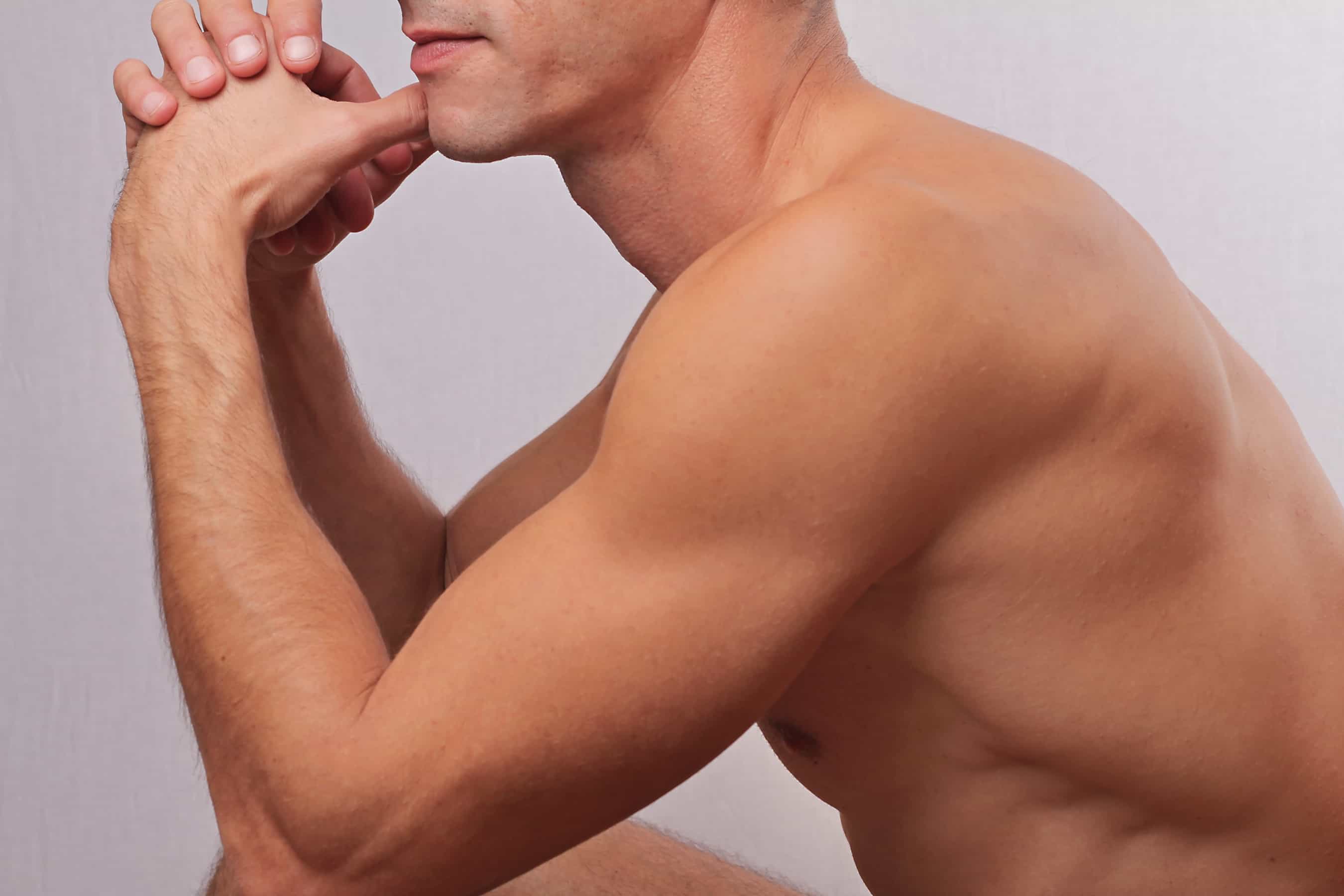 When a man transitions from childhood to “boyhood”, there are changes in his body. Among those changes are development of the chest. It is normal that men tend to get some deposit of fat in their chest, the development of breast to a degree is common among boys and men. However, it is the excessive development that is classified as Gynecomastia. The social implications of Gynecomastia among men are very acute and often lead to severe psychological impact, and subsequently to depression. Enlargement of the breast during adolescence among men, is common to a very small degree, and even during later periods in life enlargement can occur as a result of fat deposits. The problem of Gynecomastia occurs when there is a increasing deposit of glandular breast tissue, leading to the development of breasts in men.

Gynecomastia can be observationally classified in two categories, viz.

Gynecomastia among adolescents. At the time of puberty boys experience enlargement of the chest area. However more than muscular, glandular deposits are a problem and cause severe social issues. Psychological scars happening at such an early stage in life can trigger permanent damage. Gynecomastia can occur due to an excess secretion of the hormone estrogen. The physical manifestation of this excess secretion of estrogen is the glandular growth of breasts. While the jury is still out on pinpointing the cause of the trigger the fingers are being pointed at lack of natural physical activity among early teens, and at also the lack of proper dietary habits. There are several findings on the incidence of Gynecomastia among adolescent teens, and while data point may vary, it is a universal conclusion that the numbers are increasing sharply, year over year.

Gynecomastia among adults. There are a large number of adults in the age bracket of 20 years onwards, who are developing Gynecomastia. Usually the Thyroid gland is suspect and issues with Thyroid glandular function can lead to gynecomastia among other side effects. As people age, the propensity to develop breasts is also higher, and lifestyle also plays a key role. Hormone imbalances are a gateway to the deposit of tissue in the breast and problems with the pituitary gland have also been known to exacerbate the issue. Ill functioning of these glands can lead to enlargement of breasts in adult men. Cancer survivors also see breast enlargement as a side effect of the treatment and their condition. Even in the cases of Adult men several studies have come out with varying data points but all indicators point to the fact that Gynecomastia is on the increase.

The Treatment and the Road Ahead.
Surgery is pretty much straightforward and through minimally invasive techniques, tissue is removed from the chest. Further cosmetic surgery may also be done to treat the wrinkles and loose skin that may occur as a result of the surgical process. In some cases the pectorals can also be “sculpted” with the actual tissue, during the procedure so that the man can walk out with a fit look, as it were. There are no side effects and the recovery process is literally nil. The man gets to walk out of the procedure.

The change for the better is significant. The positive impact of the surgery is immediately apparent. The effect on the psyche is remarkable, as they are offered a new lease on life, literally, as their inhibitions gets shredded, and they do not have to think twice regarding public appearance. Many men have literally changed their lives after cosmetic surgical intervention. The added bonus is that the cosmetic surgery does not merely remove the excess tissue, but also shapes and sculpts the pectorals so that the man walks out of the procedure with tremendous boost to his self esteem.

A fun fact for the readers of the Blog is that, The larger than life superhero, The Rock, Dwayne Johnson, also suffered from Gynecomastia earlier in his life, and had undergone treatments. And now he has attained God like status with millions of fans across the world.

Cosmetic Surgery has come a long way, and the enlargement of the man breast is completely treatable, safely and confidently.