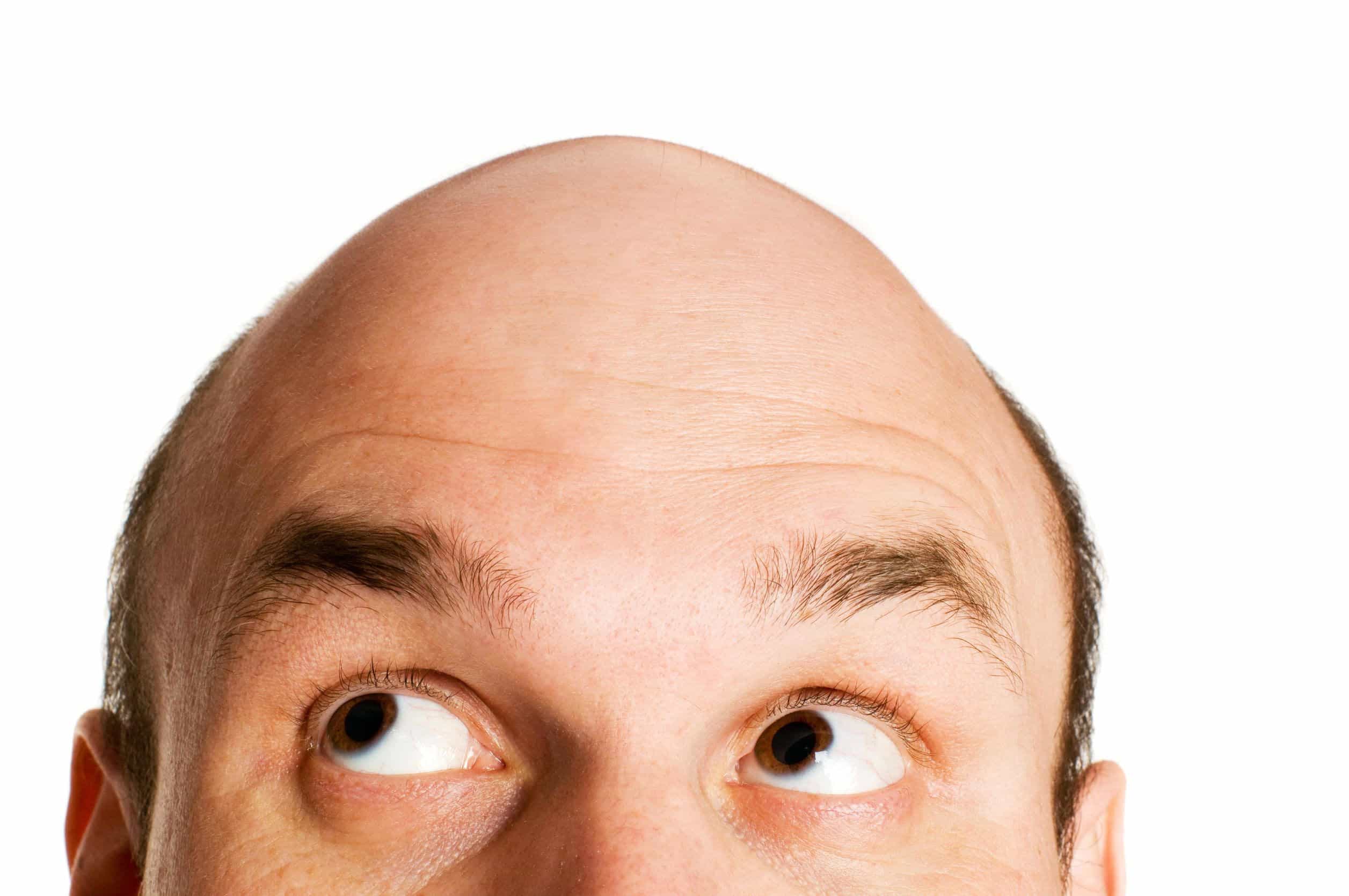 Androgenic Alopecia is the fancy medical name for pattern baldness which a lot of men and some women suffer from as well. Right about the age of forty, when you least expect it and you think everything is going as per schedule you notice that there is receding. Pattern baldness is different for men and women. For men, there is loss of hair at the temples. Hair starts to recede as the forehead seems to grow broader. At the same time there is significant thinning of hair on the crown and you grow the infamous bald spot. In women however, it is commonly general loss of hair all over. The hair around the ears and the region at the back of the head is usually resistant to alopecia and it is these follicles that are used for Follicular Unit Transplantation surgery.

The main cause for Male Pattern Baldness is thought to be the hormone DHT (Dihydro testosterone). This is the male hormone that attacks the follicles making them create thinner hair until they stop creating hair altogether. The ruling is still out for what causes Female Pattern Baldness though. However the forms of treatment are pretty much similar. The non-surgical approach is through the use of substances like Minoxidil and so on.

While Pattern Baldness is the predominant cause of hair fall leading to baldness, there are other medical issues that cause baldness as well and cannot be ignored. Depression, treatments for gout, hypertension and hormonal imbalance, diseases like anemia, thyroid disease and so on can also lead to baldness. There are several medical conditions that have side effects as rampant hair loss and thinning. There are causes for problems due to skin conditions also. These underlying skin conditions will lead to alopecia areata, scarring alopecia and so on. Chemotherapy also causes hair loss. Unfortunately radiation treatment makes hair fall out from the follicles and is famous for giving the “cancer patient” look.

So what can a cosmetic/plastic surgeon do to help? Unfortunately hair fall is often detected only after most of the hair has started to fall, or at least 50%. This is because, other than alopecia, the patients will be in perfect health. Hair transplant has been in operation since the late sixties. The earlier techniques used to involve transplantation of portions of scalp onto the affected areas, however as technologies progressed, independent follicles can now be transplanted to recreate the hairline and to fill up the bald spots. With Follicular Unit Transplantation there is little to no scarring as hair follicles are harvested from areas such as the back of the head, where there will be no incidence of alopecia, and are transplanted onto the affected areas, which will most probably be the front of the hairline and the crown of the head. Such a Follicular Transplantation procedure may create a new hairline and may make the crown of the head appear denser. Most patients who undergo this procedure feel very happy with the results. The subsequent upkeep and maintenance of the treated area is almost as normal as the hair comes from the existing natural hairs, and there are no artificial components to it. This means that the element of alopecia gets beaten at the area of procedure and the resultant hair is denser and as natural as was earlier.

The modern procedures of follicular Unit Extraction use micro machines that are autonomous and extract follicles of not more than one millimeter in diameter punches. Now the extraction method is automatic and so precise that there is no scarring whatsoever and the scalp heals within no time, giving no indication of the linear removal of hair from the back of the head. There Is also no tension to the scalp as there are no significant injections. No numbness persisting at all.

Devices such as the Neograft device have been in service for several years and are extremely popular over the vast variety of surgeons. The manipulation of hair follicles is also minimal as there is no great requirement for the same. The transplantation is done with local anesthesia being administered and there machine pre-stores the follicles for transplant. They are inserted using automatic grafting by the machine, in the predetermined area, and the incisions are not even visible.

Restoration of hair is now a walk in the park for people of all types. At Pearl Health a consultation will open the door to a huge world of revolutionary technologies that will put a smile on your face by restoring your full head of hair.